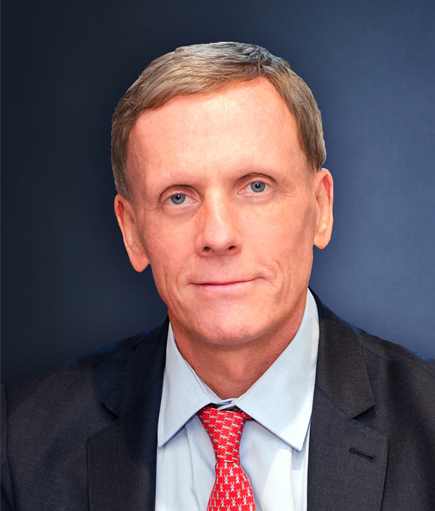 Steve Blakey is President, Starr Insurance Holdings, Inc., one of the fastest-growing commercial property insurers in the world. He also serves on several boards for Starr’s various insurance entities.

Steve has over 35 years of distinguished leadership experience in the commercial insurance industry. He was responsible for establishing Starr’s London operation in 2006, expanding the company’s capacity through its CVS 1919 Syndicate, Lloyds Managing Agency and newly-established company subsidiary. He is widely-recognized for his expertise in the property, casualty, aviation, reinsurance and captive management disciplines.

Prior to his current roles, Steve held positions increasing in responsibility for Starr Aviation including chief financial officer and chief operating officer before becoming president. Under his leadership, Starr’s Aviation division expanded throughout the United States, the United Kingdom, and Latin America and quickly became a leading global underwriter of aviation insurance.

Steve began his career as an accountant in the insurance industry, focused on property, excess casualty, aviation, and transportation. He has a certified public accountant designation in the United States.

Steve is a graduate of Kirby College and has lived in the United States, Bermuda and the United Kingdom.

Starr in the News
Stay informed with the latest stories and insights from Starr.
News
Starr Social Media
Connect with us across our channels
X
Notice we use cookies to deliver our online services. Details of the cookies we use and instructions on how to disable them are set in our Privacy Policy. By using the website, you agree to our use of cookies.
Confirm